To share your memory on the wall of Christopher Lee, sign in using one of the following options:

To send flowers to the family or plant a tree in memory of Christopher John Lee, please visit our Heartfelt Sympathies Store.

We encourage you to share your most beloved memories of Christopher here, so that the family and other loved ones can always see it. You can upload cherished photographs, or share your favorite stories, and can even comment on those shared by others.

Joan and George Haydock, John Beeble, and other have sent flowers to the family of Christopher John Lee.
Show you care by sending flowers

Posted Jun 16, 2021 at 10:31pm
Dear Katie and family, We are so sorry to hear of your loss....Our hearts, thoughts and prayers go out to all of you. With our Deepest Sympathy,

Posted Jun 15, 2021 at 06:49pm
Our sincerest condolences and thoughts and prayers for you and your entire family in this difficult time. Your colleagues and friends at Siemens.

Posted Jun 15, 2021 at 02:26pm
Chris was one of the best managers anyone could have ever asked for!
During my time at Good Sams, Chris always had an open door policy.. he never made you feel that he didn’t have time for you, just the opposite.. he was always happy to see you and interested in whatever it was you needed to talk to him about..
One of the things that Chris stick out in my memory about Chris was his diligence when it came to writing out thank you cards to us ..the Staff . Whenever we got a patient compliment he made a point of personally writing us a note, letting us know we had positive feedback, letting us know what the patient said and thanking us.. I to this day have never had a manager take these extra steps to let us know we were appreciated and valued!
I recently found a stack of these cards from Chris.. re- reading these made me realize how much he did care about all of us at GS. I will always cherish these notes
Chris was a class act though and through!!
How much he will be missed is beyond words
As is the affect he had on my life as someone who was luck enough to say I knew him.
Godspeed Chris
Comment Share
Share via:
JC

Posted Jun 15, 2021 at 01:30pm
I was fortunate enough to work under Chris's leadership at Good Samaritan. The memory that stands out most is his daily visits to every single imaging department. He did this to see how we were doing and to gather feedback. He did this often enough to the point where we were no longer simply complaining; he inspired and encouraged us to come up with creative solutions. Chris was calm, reliable, consistent, honest, and supportive. He didn't have a personal agenda or play favourites. You could tell he really cared about us, our patients, and our journey. A remarkable leader and role model, he left an indelible, positive imprint on my professional life. I will never forget him. My thoughts and prayers are with his family.
Comment Share
Share via:
JB 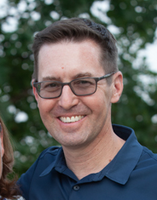 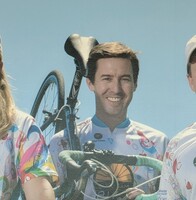 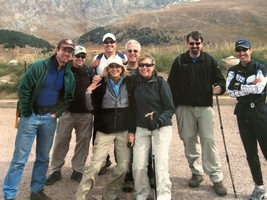 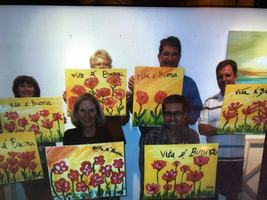