To share your memory on the wall of Peter Sprenkle, sign in using one of the following options:

Pete was born January 14, 1937 in Lansing, MI. He grew up in Andover, Ct, attended Windham (CT)
High School and graduated from the University of Miami (FL) in 1957 with a BBA in Marketing. He
was on the track team at Miami, treasurer of his fraternity, Pi Kappa Alpha and a member of the
Baptist Student Union. His parents William Howard and Elizabeth McKee, his brother Robert McKee
and his son-in-law Paul McCue preceded him in death.

Pete was a family man first and foremost. He treasured his wife, kids and grand kids. Even when
working late at night at IBM he would be home for dinner, putting the girls to bed before digging into
the briefcase. He very much enjoyed watching and supporting his kids and grandkids in their many
activities - sports, music, poetry, film making.

Pete and June loved to travel and visited many different places (Central America, South America,
Africa, Europe, Asia, Australia and New Zealand). They especially liked to travel with their kids and
grandkids, every other year visiting their favorite vacation spot - the Mauna Kea Resort on the Big
Island in Hawaii.
One of Pete’s most terrifying and memorable experiences was as a child surviving the Hartford, CT
circus fire July 6, 1944.

He spent 35 years with the IBM Corp. in New Haven and New London, CT; Westchester County, NY;
NYC and Boulder in many management positions, including a two year assignment at the University
of Colo. Business School, retiring from IBM in 1992.

He was involved throughout his life at his churches (at present Pine Street Church, Boulder) as well
as the Ossining, NY Board of Education from 1969 - 1973 serving two years as President; a member
of the Boulder YMCA Board of Directors for four years; Foothills Kiwanis Club, with many years on
the Board of Directors; as well as the Lady Buff Basketball Booster Club from 1986 - 1990.
However, his most significant community service came in the form of his support of youth sports,
mainly softball and baseball.

Pete was a youth sports coach for over forty-one years. He started in the Jesse Collyer
Baseball/Softball League in Ossining, NY in 1975 when his daughter Linda signed up to play and her
team did not have a coach. Starting out as a brand new coach his team won their first game 3-0 and
he was hooked. Following two years in league administration, as well as coaching, Pete moved to
Boulder, Colorado in the fall of 1977.

There was no girl’s softball program in Boulder in 1978 so he traveled to Gunbarrel and signed up to
coach a team in that league. During that summer he also worked with the City of Boulder to help
organize a four team league in Boulder. Following that season, in October 1978, he founded the
Boulder Valley Girls Softball Association.

In the ensuing years Pete wore many hats:

* Coach in the “A”, “B” and “C” classifications in summer softball, in the 10U, 12U, 14U, 16U and 18U
age groups. His teams won nine state and four regional championships as well as numerous league
and tournament championships with an overall record of over 1500 wins in more than 2300 games.
* President or Treasurer of the local softball organization - 1978-2000.
* Tournament Director of numerous tournaments.
* Many tournament committees, including four national tournaments.
* Founder, BVGSA Summer Softball Camp, Director for eight years.
* Organizer and instructor of softball skills clinics, summer camps and coach’s clinics.
* Developer of four practice fields for Boulder Competitive Girls Softball
* President and Director of the Colorado Girls Softball Coaches Association.
* Organizer of the Lady Warriors summer program in 1998.
* High School softball coach at Centaurus and Boulder High schools 1998-2002.
* YMCA Youth Tee Ball/Baseball coach 2003 – 2007
* Girls fast pitch coach 10U - 18U 2007 - 2015
* Developed the Ball Drills and Tips coaches support web site with over 333,000 hits
* Author of A Softball Coaches Tool Kit and A Youth Baseball Coaches Tool Kit

In the Spring of 2009 Pete was one of two softball coaches in the USA who were recognized with the
Liberty Mutual Responsible Coaching award. The coaches were selected by an independent judging
panel for their exemplary dedication and commitment to responsibility in youth sports.

In March 2017 Pete was recognized by USA Softball of Colorado with a Lifetime Achievement award.
In May 2017 Pete was honored by the Boulder Valley School District who named the field where Pete
practiced and maintained for many years the Pete Sprenkle field.

Pete’s passion and commitment to girls fast pitch softball and his dedication to making his players
better players and individuals will be greatly missed by all those with whom he came into contact.

The family wishes to express their deep gratitude to Dr. Mark Sitarik and the wonderful people at the
Rocky Mountain Cancer Center as well as the transfusion nurses at Boulder Community Health.

Funeral arrangements are being handled by Greenwood & Myers. A Celebration of Pete’s life will be
held at Pine Street Church, 1237 Pine Street, Boulder on Saturday September 25th at 2p.m.

Former players and coaches are encouraged to wear a uniform shirt (if it still fits!). Ties not
necessary.
Read Less

To send flowers to the family or plant a tree in memory of Peter McKee Sprenkle, please visit our Heartfelt Sympathies Store.

There are no events scheduled. You can still show your support by sending flowers directly to the family, or planting a memorial tree in memory of Peter McKee Sprenkle.
Visit the Heartfelt Sympathies Store

We encourage you to share your most beloved memories of Peter here, so that the family and other loved ones can always see it. You can upload cherished photographs, or share your favorite stories, and can even comment on those shared by others.

Posted Jul 05, 2021 at 04:26pm
We are very sorry for your loss. Pete was one of the kindest men I have ever met and he will be missed by our Boulder community. My daughter was fortunate enough to have Pete as a softball coach one year (Stars: 2017-18). Pete was a great coach and brought out the best in all of his players. He did so without judgment and helped my daughter recover her confidence and grow as a person and player. The Boulder softball community was so fortunate to have Pete not only start a program, but keep it going and thriving. We're sending lots of love and prayers for peace to Pete's family and friends. Rest in peace, dear Pete.
Comment Share
Share via:
SC

Posted Jul 05, 2021 at 01:21pm
My deepest sympathies to you all.He was one of out most gifted minds in the sport of softball! He made our sport better. Heaven got a great one.

Posted Jun 29, 2021 at 09:52am
As you grieve know that we are remembering you and honoring the memory of "Peter Sprenkle". 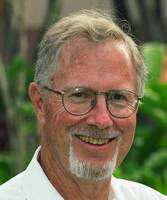