To share your memory on the wall of Peter Robinson, sign in using one of the following options:

An obituary is not available at this time for Peter Robinson. We welcome you to provide your thoughts and memories on our Memory Wall. To send flowers to the family or plant a tree in memory of Peter Robinson, please visit our Heartfelt Sympathies Store.

There are no events scheduled. You can still show your support by sending flowers directly to the family, or planting a memorial tree in memory of Peter Robinson.
Visit the Heartfelt Sympathies Store

We encourage you to share your most beloved memories of Peter here, so that the family and other loved ones can always see it. You can upload cherished photographs, or share your favorite stories, and can even comment on those shared by others.

Posted Jul 14, 2021 at 02:11pm
During the years when Paola was a professor in Bordeaux we had many opportunities to interact with Peter and we met several times in the United States during collaborations and conferences. We remember him as a human, kind person with an excellent sense of humor and a unique ability to understand human nature and put events in a long-term perspective. All our condolences to his loved ones, colleagues and friends and to the university he served with passion and self-sacrifice for decades.
Francesco d'Errico and Maria Fernanda Sanchez Goni
The photo was taken in his office in 1996 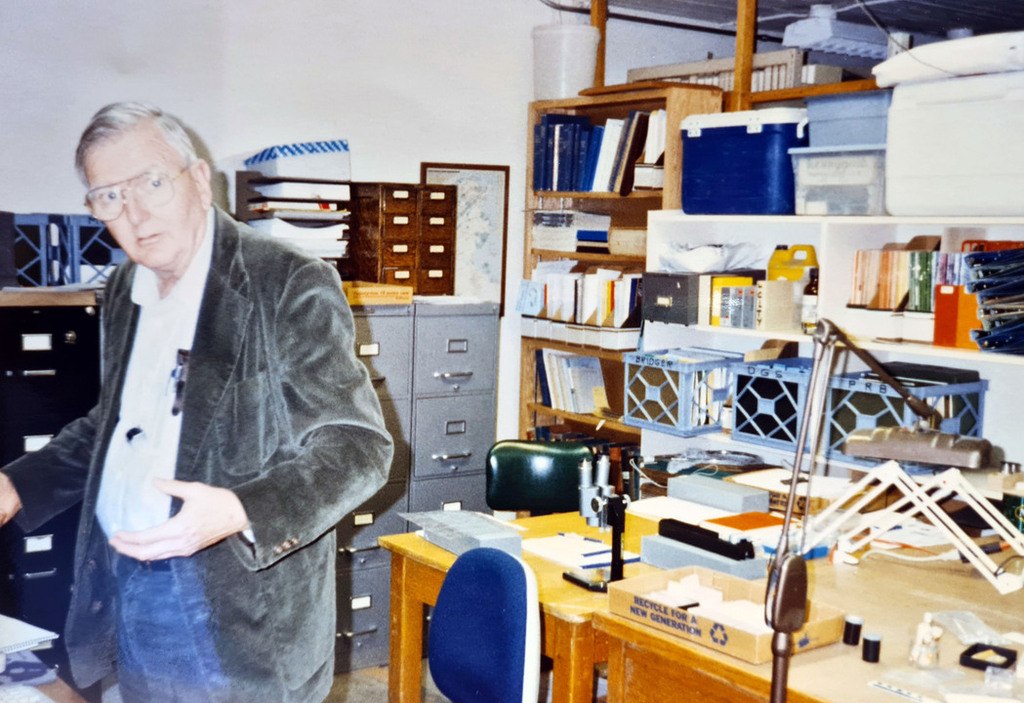 Posted Jul 08, 2021 at 12:05pm
To Paola and family, I am so sorry to hear of Peters passing, I have so many fond memories of laughs, and great conversation every time we would meet.
Over the years, what started as a business relationship, quickly became a lasting friendship. It was great honor to know him .. Rest in peace my friend.

Posted Jul 08, 2021 at 01:30am
Peter Robinson changed my life in so many ways. My experiences working with Peter were somewhat different from my fellow Ph.D. candidates. I thank Mike, Nikos and Allen for writing about Peter. I had spent one year in grad school at CU before my education was rather rudely interrupted by military service. In order to avoid being drafted and sent to Vietnam, I had enlisted to become an Army Military Intelligence officer. When I first met Peter, I was about to start in the fall semester of 1971 after my discharge from the Army and my tour as an Army Infantry officer in Vietnam. I stopped by the CU Museum to see if there might have been any geology-related work for graduate students. The first thing Peter said to me was to thank me for serving in the military… long before it was fashionable to thank veterans. We also both commented about what a wasted effort that war was and how fortunate I was to be back in Boulder in one piece. He next said that he had been looking for a graduate assistant and the job was mine if I wanted it. We talked about my interests in marine biostratigraphy and he commented that I might be able to help him date non-marine vertebrate fossils fossils in Tunisia and he also spontaneously invited me to work with him in Tunisia. I knew that Tunisia was in North Africa and on the Mediterranean and that the Allies had been there in World War II and that was probably the extent of my knowledge. Peter invited me, his drop-by new acquaintance, to sit down in his office and he gave me a not-so-brief lesson on the ancient and modern history of Tunisia as he welcomed my acceptance to work on the National Science Foundation grant which supported his work there and covered all related expenses. It was a lucky day for me and I knew it!. After a couple of field seasons in Tunisia, it became clear that what we had originally intended would not work. I explained to him that what I was doing would make my work in Tunisia part of the collective geologic documentation of the drying up of the Mediterranean at the end of the Miocene… the “Messinian Salinity Crisis”. Peter could have dismissed me at that time, but he appreciated the potential value of what I was doing and kept me on as a graduate assistant and supported me through completion of my degree. Peter was also my link to the Geology Department, of which he was a faculty member.

Peter always reminded me of any ancient historic sites (Phoenician or Roman) near any locations where I would be working in Tunisia and he accompanied me to several when we were in country at the same time. Peter always encouraged me to to spend time in Europe en route to Tunisia and he had contacts along the way for me to meet. Being together with Peter either in Tunisia or in Boulder also included unexpected lessons in living… food, wine, cooking and travel. In addition to opening the doors to employment after graduation, my work with Peter and my travels in Tunisia and nearby counties, became the start of a full life of international travel in the oil and gas exploration industry.

When we had a Tunisia reunion in 2017, it was clear that Peter’s physical health was failing but also that his mind was still clear. We laughed about some past experiences together. On that occasion, Peter’s former students and staff made couscous and other North African delights for him. I express my sincere condolences to Paola and to Peter’s family. And I express again my gratitude to Peter for all the ways in which he enhanced my education and my life. He lived up to the highest standards of being a gentleman and a scholar and I am proud to say that he was my mentor, my advisor and my friend.
Comment Share
Share via:
AK

Posted Jul 05, 2021 at 11:52pm
Nikos, Mike and I were all ph.d students at the same time (probably not the easiest of Peter's tenure) but we all graduated and we all got jobs. We shared many hours in the field with Peter and that was a particular love of his. In addition to his vast memory for fossils he also had great appreciation for the arts and culture of the places he worked (particularly Tunisia). Thank you Peter, you gave me memories that I will always treasure.
Comment Share
Share via:
MM

Posted Jul 05, 2021 at 10:50pm
My sincere condolences to Paola and Peter's family. He was so important in my life. As with Nikos, he was my professor, my advisor, my friend. A year after I had received my Masters from CU, and had gone to work for an oil company, I realized that an oil geologist's career wasn't for me. I called Peter, and he invited me to spend the summer working for him in Tunisia on his research. That phone call was one of those pivotal events that changes the trajectory of your life. I decided to pursue a pHD at CU, and enjoyed many classes, field trips and research projects under Peter's guidance. I ended up teaching geology and paleontology until I retired a few years ago. Thank you, Peter! And may you Rest In Peace!
Comment Share
Share via: 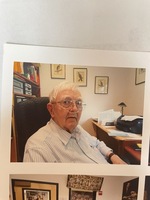 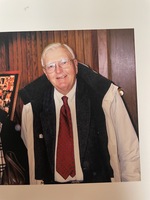 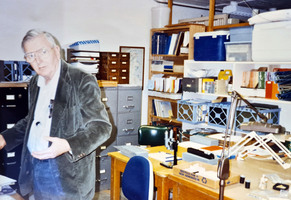